Butler Professor of Pharmacology and Toxicology 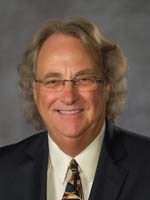 Dr. Balster began his career in laboratory-based behavioral pharmacology research in the area of addiction, but he is now partially retired and no longer directs a research program. During his career, Dr. Balster was the Founding Coordinator for the VCU site for the U.S. State Department Humphrey Fellowship Program in Substance Abuse Prevention, Treatment and Policy, and continues to work on that program. He is also a co-founder and co-director of the International Programme in Addiction Studies, an online master’s degree program. From 2006-2015 he co-directed the Virginia Youth Tobacco Project, a statewide coalition of tobacco scientists supported by funds from the Master Settlement Agreement. From 1997-2013 Dr. Balster was the Director of the VCU Institute for Drug and Alcohol Studies and from 2011-2012, he was selected as a Jefferson Science Fellow with the Global Health Bureau at the US Agency for International Development and served until 2015 as a Science Advisor for the Office of Health, Infectious Diseases and Nutrition at USAID. He is a Past‑President of the CPDD and a former member of the WHO Expert Advisory Panel on Drug Dependence and the FDA Drug Abuse Advisory Committee. From 1998 to 2010 he was the Editor-in-Chief of the international journal Drug and Alcohol Dependence. In 2014 he was Chair of the WHO Guideline Development Group on the Management of Opioid Dependence. In recent years, Dr. Balster has turned his attention primarily to the areas of research administration, translational and implementation science, tobacco regulatory science, international health, and training program development. He also works an abuse potential assessment during the medication development process. Dr. Balster often serves as a consultant to USAID and the World Health Organization. In addition to publishing more than 285 papers in scientific journals, Dr. Balster has edited two books and authored over 50 book chapters.