The VCU Department of Pharmacology and Toxicology has a long and distinguished history.

In 1897 the medical college was divided into separate units of Medicine, Dentistry and Pharmacy, which later became three schools or colleges. In the early years of the 20th century, the department’s faculty grew from a single professor to four when the chair, Francis W. Upshur, hired C.C. Haskell, M.D., and two adjunct faculty members.

In 1915, Haskell became chair of the combined departments of Physiology and Pharmacology. He hired Harvey B. Haag, M.D., as a part-time assistant in the department while he was completing medical school. 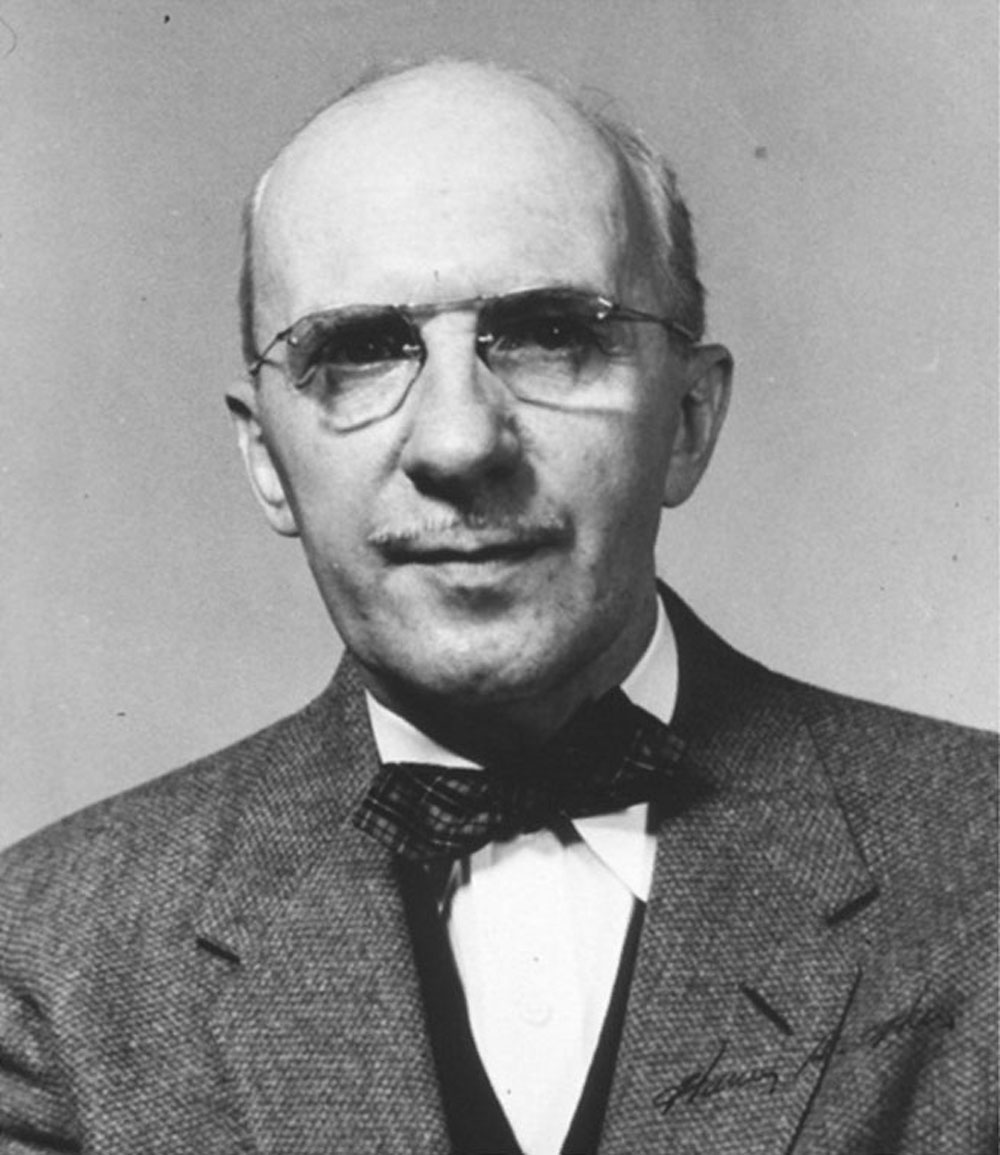 After a year as a postdoctoral fellow at Cornell University, Haag returned to MCV as an assistant professor of physiology and pharmacology. From 1936 until his semiretirement in 1955, Haag was chair of the Department of Physiology and Pharmacology and, from 1947 to 1950, concurrently dean of the School of Medicine. He was the first individual to introduce a research base in pharmacology and toxicology at MCV.

In addition to his contributions to teaching and research, Haag served on many national committees, councils and boards. He was elected secretary and president of the American Society for Pharmacology and Experimental Therapeutics in recognition of his many contributions to the field. At the height of Haag’s tenure as chair, the pharmacology faculty consisted of Drs. Harvey B. Haag, Paul S. Larson, Helen Ramsey, J.K. Finnegan and N.W. Pinschmidt, and Robert Blackwell Smith, who later became dean of the School of Pharmacy and president of MCV.

It was during this period that the graduate program in pharmacology was initiated. The first student was Jack K. Finnegan, who was enrolled at the University of California but carried out the major portion of his research at MCV under the direction of Haag. He received his degree from California in 1945 and was immediately added to the faculty at MCV.

Upon Haag’s death his family and friends created the Harvey B. Haag Professorship, currently occupied by Hamid I. Akbarali, Ph.D. 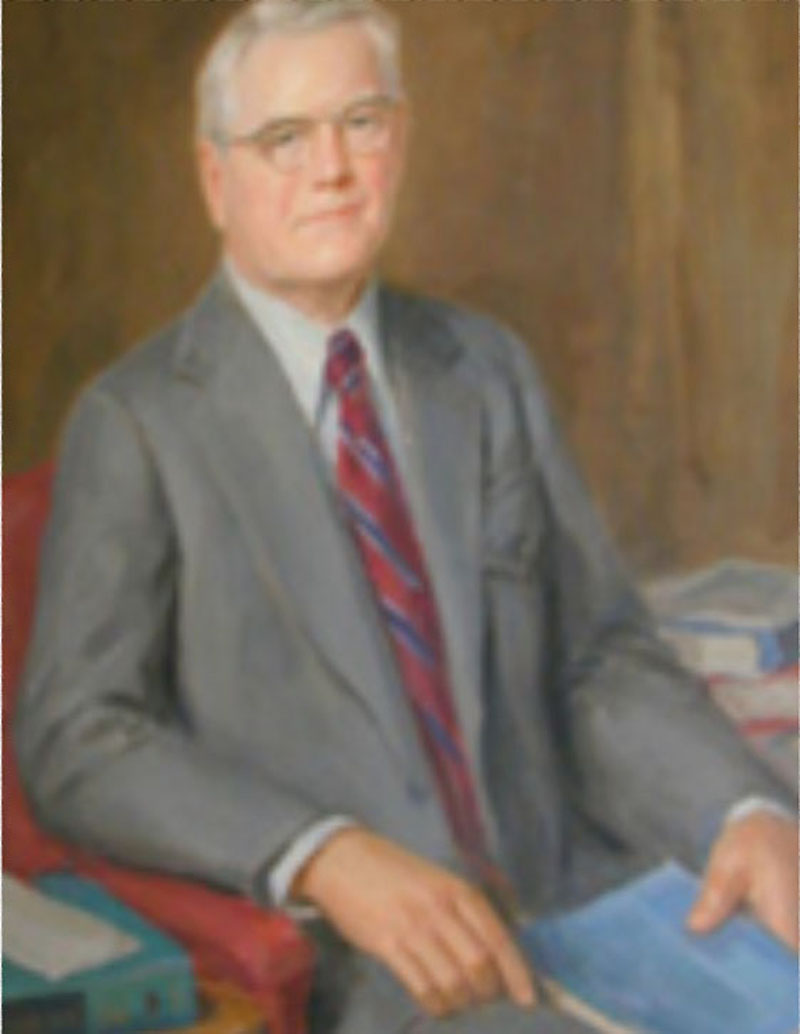 In 1955, Paul S. Larson, Ph.D., became the 13th chair of the Department of Pharmacology. This coincided with the completion of the McGuire Hall Annex and the physical consolidation of the department into McGuire Hall and its annex. Prior to this, the department was geographically distributed in a number of buildings, a problem to which the current department can relate.

Larson was the first chair of MCV’s Department of Pharmacology with an academic degree (Ph.D.) All previous chairs held professional degrees in medicine. Larson was the first Haag Professor and a distinguished scholar whose work in toxicology and nicotine pharmacology brought national and international recognition to the department. His publications provided an outstanding contribution to the knowledge base concerning this drug. Larson was one of the founding members of the Society of Toxicology and served as its president in 1963-64. At the time of his retirement, the department consisted of 11 full-time faculty members and eight adjunct appointments, including Daniel T. Watts, dean of the School of Basic Sciences, and Lauren Woods, vice president for health sciences. There were three research associates or postdoctoral fellows and six graduate students. It also was during Larson’s tenure that MCV was combined with the Richmond Professional Institute to form VCU. 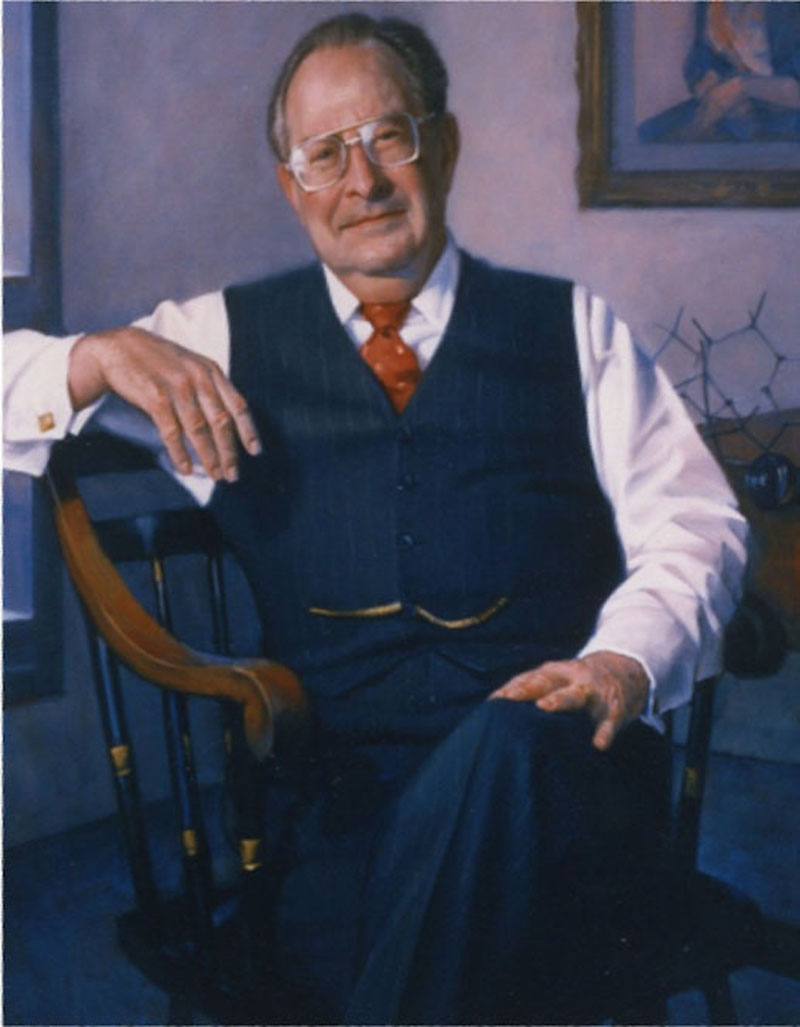 In 1972, Louis S. Harris, Ph.D., assumed the post of chair of the Department of Pharmacology on a part-time basis, until his final move from Chapel Hill, N.C., in 1973. Through his endeavors the department was able to expand the faculty and research space. In 1983, the name of the department was changed to the Department of Pharmacology and Toxicology to recognize the growing strength and importance of toxicology in the program. The graduate program was greatly expanded during this time and remains of great interest to Harris. 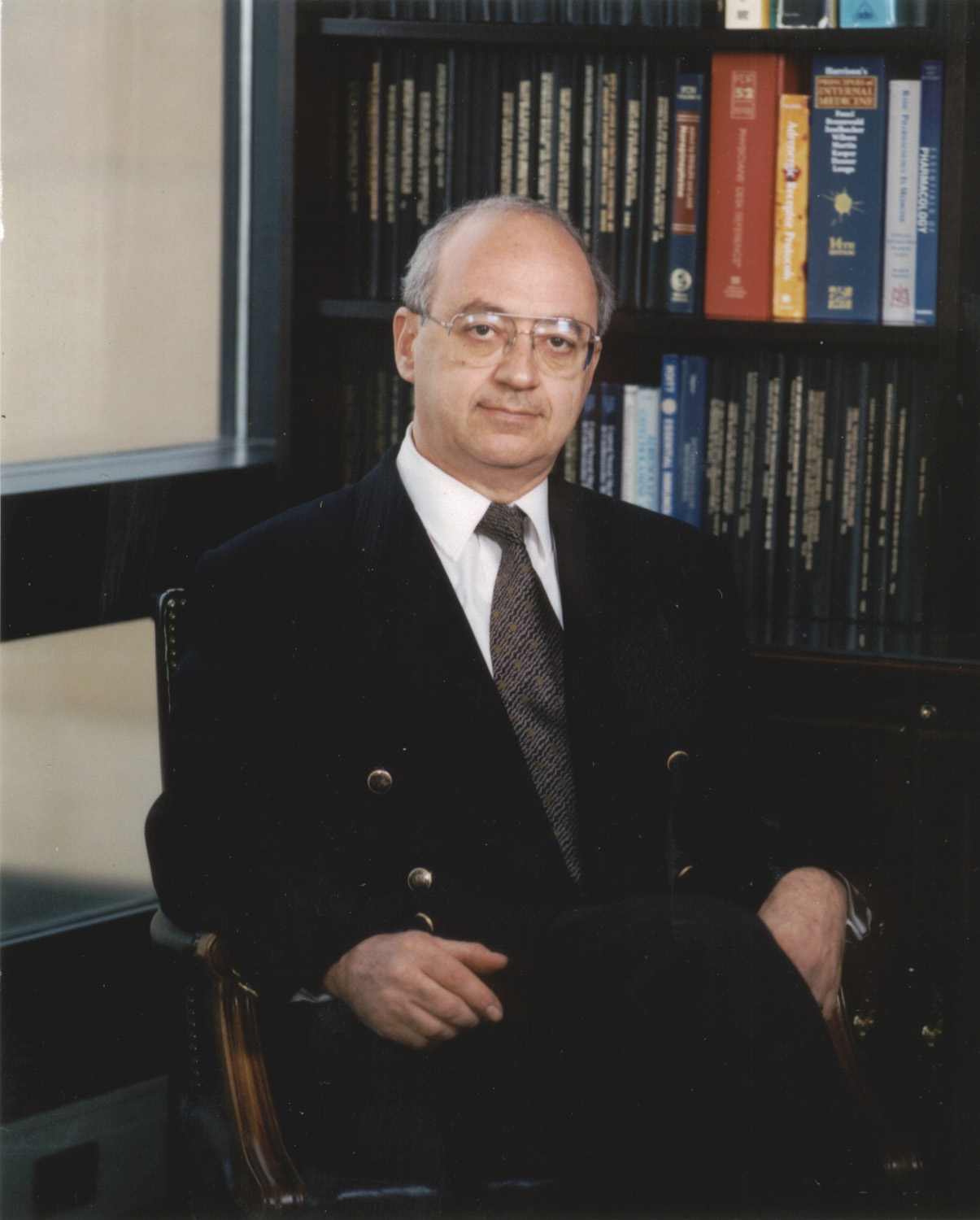 In 1992, George Kunos, M.D., Ph.D., assumed the post of chair of the Department of Pharmacology and Toxicology. It was during this period that the School of Basic Sciences was dissolved and pharmacology and the other basic science departments were incorporated into the School of Medicine. During his tenure, the research component of the department was strengthened with greater diversity in the three principal areas of drug abuse, toxicology and molecular biology. Studies in his laboratory examined the role of endocannabinoids in neuroendocrine, metabolic and cardiovascular regulation. Kunos is the current intramural director of the National Institute on Alcohol Abuse and Alcoholism of the National Institutes of Health. 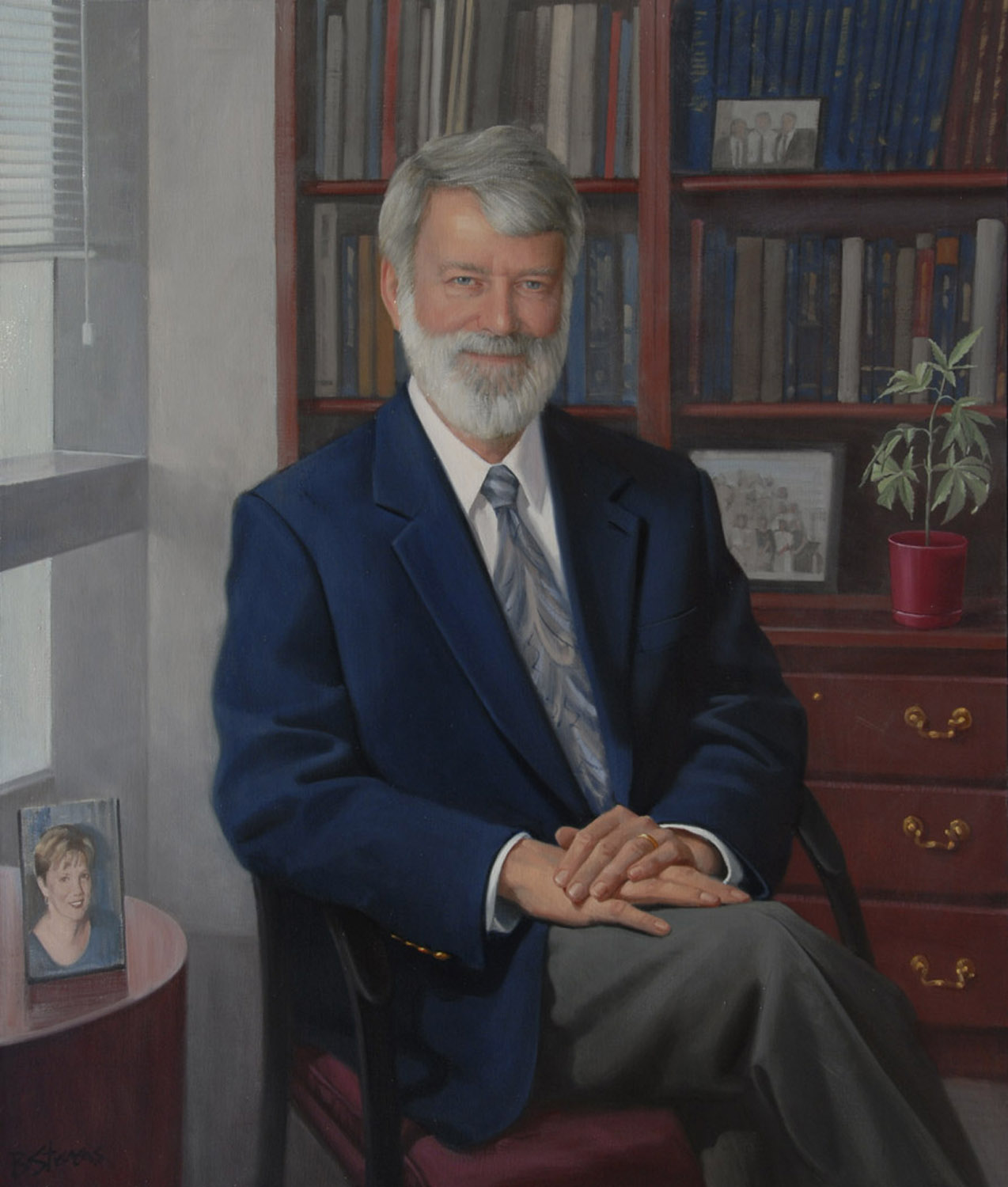 Billy Martin, Ph.D., assumed the post of chair as the department entered the new millennium. He played a prominent role in developing the department’s reputation for landmark research in drugs of abuse. For more than 30 years, his primary focus was researching the effects of marijuana’s principal psychoactive ingredient, delta-9-tetrahydrocannabinol, or THC. Martin also made significant contributions to our understanding of the actions of nicotine. His work on both cannabinoids and nicotine have led to potential therapeutic agents currently under development. 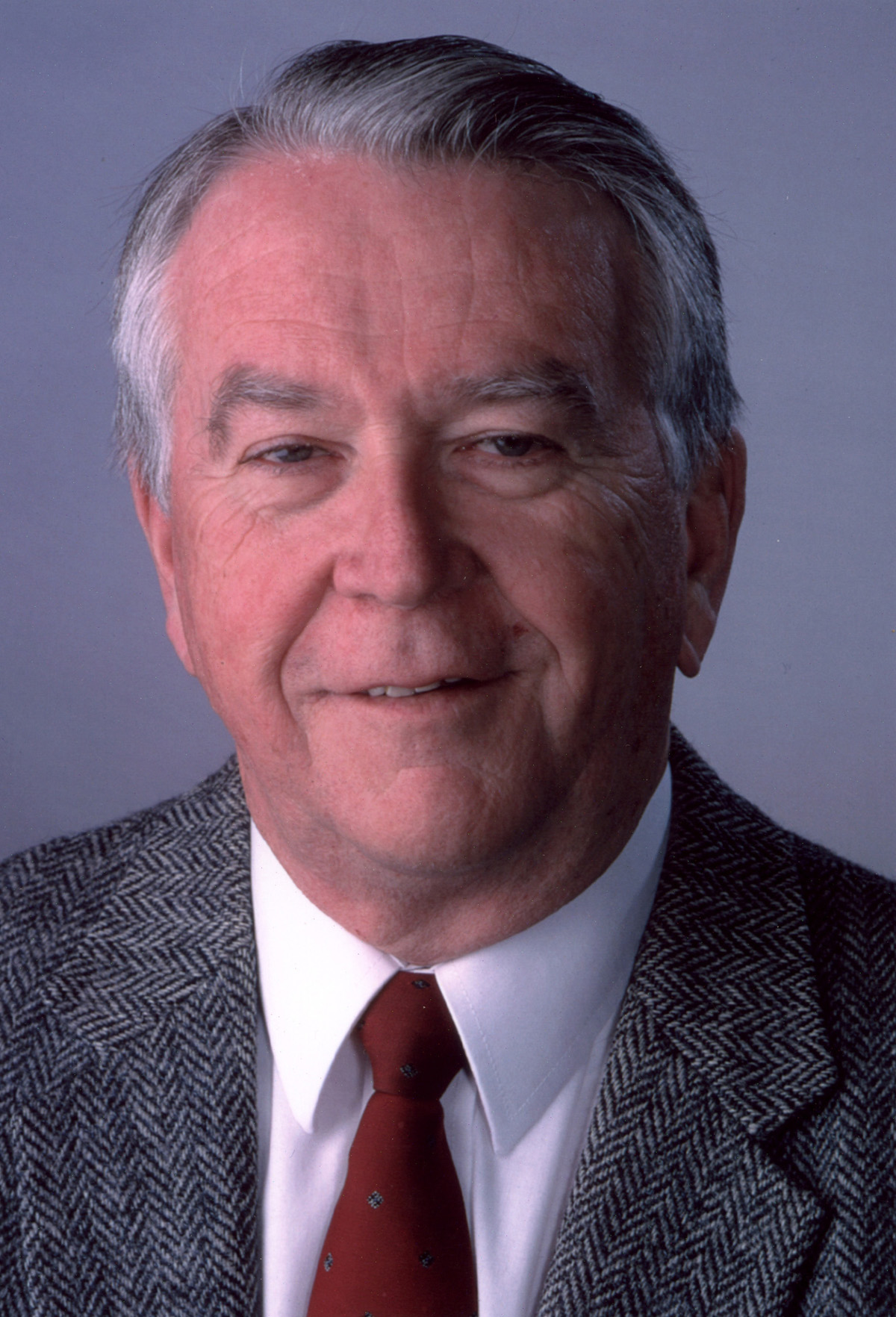 William Dewey, Ph.D., assumed the post of chair of the department and continues a long line of research on drugs of abuse. He is responsible for a large body of research which has contributed significantly to our understanding of the mechanism of action of opioids and cannabinoids. He is the originator and director of the longest, continuous National Institute on Drug Abuse training grant in the U.S. (1976-ongoing).

Thanks to a first-rate and energetic faculty, the department has grown to its present status — one of the finest pharmacology and toxicology departments in the world.