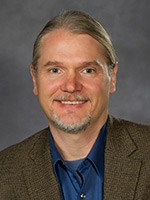 Alone, and in collaboration with other researchers, my laboratory examines many different behavioral effects of abused drugs. One of the current major projects involves abused inhalants. Abuse of inhalants such as motor fuels, solvent mixtures and gases is a major public health concern both in the U.S. and worldwide, especially in children and adolescents.

Although the drug discrimination paradigm is used by many researchers, we are currently the only laboratory using this model with abused inhalants. Drug discrimination is a learned operant task that is believed to model the intoxicating effects of drugs in humans. This paradigm involves repeated pairings of drug or vehicle exposures with different responses in order to gain access to a reinforcer. In our case, we train mice to discriminate inhalant exposure from air exposure. Over a number of experimental sessions, the mice learn which lever will produce a reinforcer based on the subjective state induced by the inhalant. Once the mice are trained, there are a number of different questions which can be addressed. For instance, inhalants from other classes can be examined to determine if they produce effects similar to the trained inhalant. This should allow us to group inhalants according to their discriminative stimulus profiles and potentially predict if newly marketed products are likely to be abused in a manner similar to ones we have trained. At a more basic level, we can also explore whether drugs with known actions on specific neurotransmitter systems have effects like those of the trained inhalants. Understanding how these compounds produce their subjective effects is likely to be one of the key aspects necessary in developing effective treatments for curbing their abuse.

Shelton KL and Slavova-Hernandez G. (2009) Characterization of an inhaled toluene drug discrimination in mice: effect of exposure conditions and route of administration. Pharmacology, Biochemistry and Behavior. 92(4): 614-620.