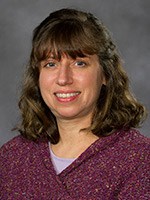 My research focuses on the behavioral pharmacology of drugs of abuse, with particular interest in drugs that alter glutamate neurotransmission. Investigating the effects of drugs on behavior under carefully controlled laboratory conditions provides information on the pharmacological and psychological determinants of drug action. Two laboratory procedures utilized extensively in these investigations are drug discrimination and drug self-administration. The former can be considered an animal model for subjective drug effects in humans. Drugs that produce subjective effects of euphoria or other forms of intoxication are those most likely to be abused. In the second procedure, animal subjects learn to respond in order to receive an intravenous drug injection. Most drugs of abuse are readily self-administered under these conditions. Use of these and other procedures can help with predicting a new drug’s abuse liability, investigating the consequences of drug interactions and evaluating new medications to treat drug abuse. My most recent project has been the behavioral analysis of the interaction of site-selective NMDA antagonists with opioid drugs in an animal model of acute opioid dependence. A goal of this research is to determine the efficacy of different NMDA antagonists in preventing opioid dependence and potentially provide information on the underlying mechanism of dependence development.