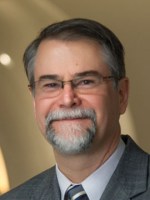 Our research group uses magnetic resonance imaging (MRI) to study the neurobiology of behavior as a tool for medication development. We combine brain imaging with human behavioral laboratory research and clinical trials in patients with addictions. We have had continuous funding for our research from NIH since 1996.

In addition to addictions, we are also interested in studying other conditions in which impulsivity plays a role, such as traumatic brain injury, attention deficit hyperactivity disorder, and binge eating. We have active ongoing collaborations in the Department of Physical Medicine and Rehabilitation, Psychiatry, Obstetrics, and Pharmacology.