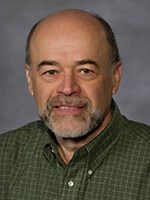 Senescence and Tumor Dormancy
Breast tumor cells and non-small cell lung cancer cells fail to undergo apoptotic cell death in response to either radiation or antitumor drugs such as Adriamycin and etoposide, instead demonstrating a prolonged growth arrest (Fornari et al, 1996; Watson et al, 1997). Consequently, tumor cells that remain dormant for an extended time period may ultimately recover, leading to disease recurrence. Current research efforts are directed at the development of approaches for promoting cell death in order to (i) enhance the response of breast and lung tumor cells to radiation and chemotherapy and (ii) prevent recovery of proliferative function.

Regulation of senescence arrest
Our studies suggests that prolonged growth arrest in p53 wild-type cells exposed to either adriamycin or radiation reflects replicative senescence (induction of p53 and p21, and expression of the senescence marker, beta-galactosidase); in contrast, non-senescent growth arrest in p53 mutant cells is succeeded by a wave of apoptotic cell death (Elmore et al, 2002). We are continuing to investigate both biochemical and molecular regulation of senescence arrest and the basis for recovery of proliferative function in a subpopulation of the arrested cells (Elmore et al, 2005; Jones et al, 2005).

Involvement of autophagy in sensitivity and resistance to chemotherapy and radiation.
Although there is extensive evidence for a cytoprotective form of autophagy, our laboratory has also identified a nonprotective function of autophagy that, in the case of radiation, is associated with the loss of functional p53 (Chakradeo et al, 2015; Bristol et al, 2013). Our current studies are designed to understand the biochemical and molecular basis for the different functions of autophagy as well as to establish that autophagy is not actually a mechanism of drug or radiation resistance.

Mitigation of the toxicity of antitumor drugs
Our laboratory, in association with that of other members of the department, has initiated a program to understand the basis for the toxicity of drugs such as the taxanes and platinum based compounds in terms of peripheral neuropathy and potentially cognitive dysfunction. This work is being performed in collaboration with the laboratories of Dr. Imad Damaj and Aron Lichtman. It is anticipated that studies will be extended to address cancer cachexia, cancer pain and the arthralgia induced by aromatase inhibitors.