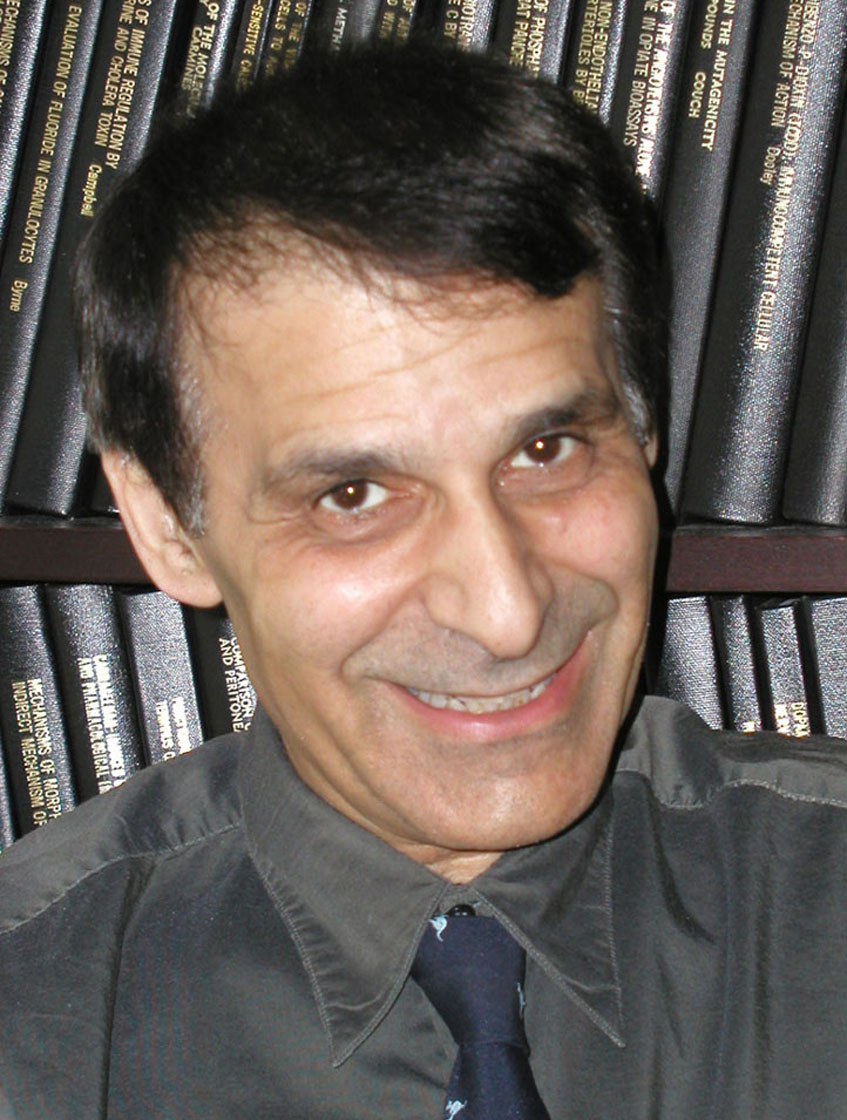 Research carried out in the laboratory is directed toward elucidating the mechanisms involved in hepatic cellular signal-transduction, cytokines in hepatic inflammation and modulation of neurotransmission by cannabinoids.

A) Studies have focused on the underlying biochemical/molecular processes involved in the modulation of hepatic adrenergic receptors under a number of physiological and pathological conditions. Catecholamines can regulate a wide variety of functions in the liver, including key steps in carbohydrate, lipid and amino acid metabolism and also can influence hepatocyte growth and differentiation. Changes in the expression and function of hepatic adrenergic receptors have been demonstrated during dietary deficiency, altered thyroid state, partial hepatectomy and in vitro incubation of liver cells. Under these conditions adrenergic activation of glycogenolysis shifts from an alpha1-AR to beta2-AR mediated response. Our results indicate that the altered receptor response pattern is selective for adrenergic agents and is present at the level of the respective second messenger systems. Protein kinase C, a major regulatory enzyme, plays an important role in signal transduction as well as cell growth, differentiation and gene expression. There is considerable interest now in the role of PKC, and in particular, the different isozymes and their subcellular localization in the change in receptor response.

B) Alcohol consumption, nonalcoholic and viral hepatitis are three major causes of chronic liver injury leading to liver fibrosis, cirrhosis and liver cancer; however, the molecular and cellular mechanisms underlying liver injury and repair in these disorders are poorly understood. The laboratory is interested in studying the effects of cytokines in hepatic inflammation and innate immunity in liver diseases including alcoholic liver injury. Studies have investigated the roles of cytokines (IL-6, IL-22) and their downstream signals (STAT3) in the development and progression of fatty liver diseases, liver injury and repair.

C) The neurobehavioral effects of marijuana and related cannabinoids are thought to act through specific cannabinoid receptors. Activation of CB1 receptors by cannabinoids causes hypotension via a sympathoinhibitory action in anesthetized rats and can inhibit the electrically evoked twitch response in mouse-isolated vas deferens. Studies from the laboratory have demonstrated that activation of CB1 receptors by 9-tetrahydrocannabinol or the endogenous ligand anandamide can inhibit exocytotic norepinephrine release from rat isolated atria and vas deferentia. Nonexocytotic, tyramine-induced release of transmitter is unaffected by cannabinoids. Future studies are directed toward understanding the cellular mechanisms involved in the inhibition of noradrenergic transmitter release and examining their possible role in cholinergic transmission.